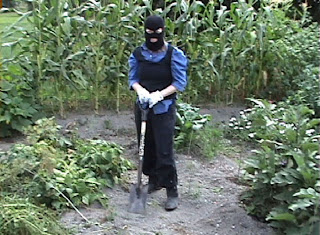 ‘ Food is Power, we use it to change behaviour ‘. That’s the opening line from Terminator, a short new video piece that’s going to be making it’s debut this September, at screenings in the UK, as part of One Minute Volume 6, curated by Kerry Baldry.

On the 27th it’ll be at the Horse Hospital in London  in the autumn programme of the London Underground Film Sessions http://www.thehorsehospital.com/now/london-underground-film-sessions-autumn/and on the 30th, it will be screened (via pedal powered cinema) in Alexandra Park in Manchester, as part of an event called One Day Wonder(ment). On October 25th, Aid & Abet in Cambridge will screen it as part of an event called Dark Hours/ Fixed Space and then on November 24th, it will be appearing @ The Museum of Club Culture in Hull.

The video is part of a longer series called Acts of Domestic Terror, which explores issues surrounding food sovereignty, radical gardening and DIY politics. In Terminator, a mysterious figure called ‘The Activist’ performs a number of Situationist inspired back yard interventions designed to provoke resistance against ‘Terminator Seed Technology’ and promote the global battle to maintain biodiversity.

I’m very excited that the piece is going to be premiering in the UK with it’s long history of horticountercultural politics and I’m busy working on completing the rest of the series, which I hope to show more of soon! If you’re in the neighbourhood for either screening and have a chance to have a look, I’d love to hear what you think. 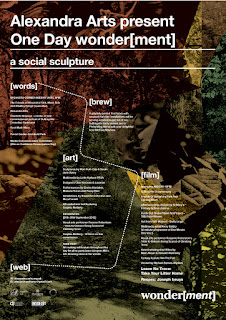 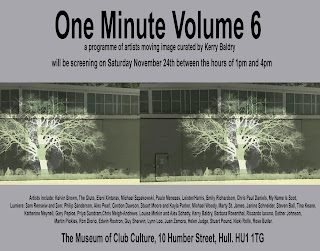