This spring has been busy! Here’s a quick update to let you know about some of the projects and screenings that’ll happen over the next couple of months. 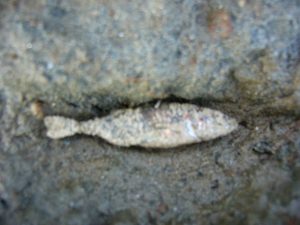 First up, my video Sink or Swim continues to travel as part of the One Minute Volume 7 series curated by Kerry Baldry. It’ll be playing next @ the Steve Biko Centre in South Africa as part of the Ginsberg Film Festival, April 17th -21st, then back to the UK for a screening on May 2nd presented by Film Material Soup @ Rogue Artists Studios, Manchester. Then there’s a longer run @ the Chester Film Co-op from May 15th – June 11th, including evening window projections onto the street. Here’s a few links for more info:
http://www.sbf.org.za/Main_Site/steve-biko-centre www.facebook.com/chesterfilmcoop  http://filmmaterialsoup.wordpress.com http://www.rogueartistsstudios.co.uk

Next up, I’m very pleased to to have been asked to participate in the next Fuse, which happens @ the Vancouver Art Gallery on April 25th. The evening will be curated by the always enigmatic and aesthetically invigorating Veda Hille, so you know there’ll be some interesting work infiltrating the gallery. The night’s theme is Terrible Beauty, and I’ll be creating a site-specific text installation for the event called Malefactor.  Here’s my ‘official’ statement for the piece:

An admonition or an appeal; to witness or acquiesce? Malefactor is a text-based installation, a participatory narrative featuring 32 free standing, ‘human sized’ letters created specifically for Fuse. An avowal, or a plaint; to render or implicate? Over the course of the evening, as each character is revealed, words will take shape, ideas cohere, and assumptions blur. Symbols, a crowd  assembles in the rotunda and a pre-determined phrase will slowly become defined. It’s not what you think. Or say. It’s what you do. Privilege, accountability, proximity; the way we treat each other. Wonder and disbelief; the way we treat the earth. A terrible truth, a beautiful lie. Dissemble, defend or deny? A confession, an oath. A message, just for you, from me. You know who you are – My Name Is Scot 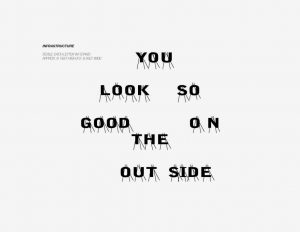 It’s a new series of works, that I’ve been wanting to make for a while, so if you get a chance to come by for a look please let me know what you think! I’m not going to reveal Malefactor’s actual cryptic phrase yet, but the above is a mock-up for a similar piece called Infrastructure.

I’m also thrilled to have been asked to create a new artist book for a series being assembled by the incredible Jo Cook of Perro Verlag  www.perroverlag.com/‎. The series explore notions of the paranormal and my contribution is tentatively titled – Invitation to Disappear. Not sure when the books will be out in the world, but I’ll keep you posted. 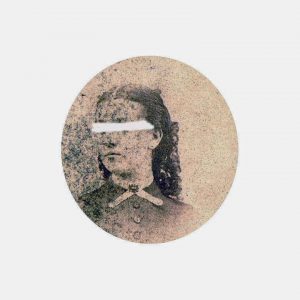 And lastly, I’m excited to announce that be heading to Bulgaria this summer for a two month stay at the Sofia Art Residency to work on a project called Public Address with the brilliant writer, text based artist and wily collaborator, Leannej.

There will be an official announcement and press release in a few weeks, but here’s the basics – The Sofia Art Residency is an wonderful new space masterminded by the brilliant Biliana Velkova (sofiaartresidency.wordpress.com) and while there, Leannej and I will be working with Bulgarian translators, actors and writers to adapt and re-stage elements of our performance Human Identification at a Distance, which we presented last summer as part of Live 2013 Performance Art Biennale.

The project will lead to an exhibition of projections at the Red House Centre for Culture and Debate, curated by Yana Kostova (http://www.redhouse-sofia.org). We’ll also be working with our Bulgarian collaborators to create and publish a series of artist books, which we will be bringing back with us to show in Vancouver this fall @ the Vancouver Art Book Fair through Project Space Gallery.

Lot’s to do before I head off in May for Sofia, but it’d be nice to see you before I go and if you get a chance to catch any of the above, as always, I’d love to hear you feedback. x Scot