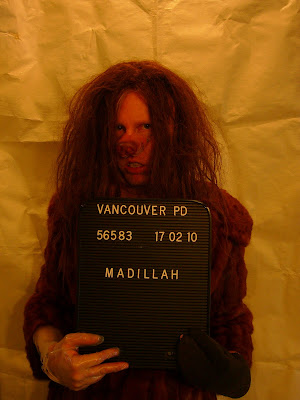 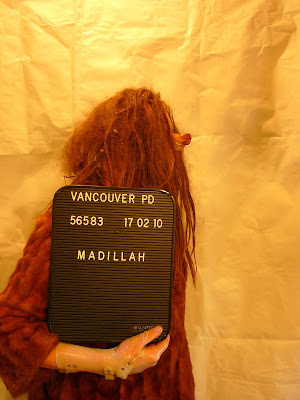 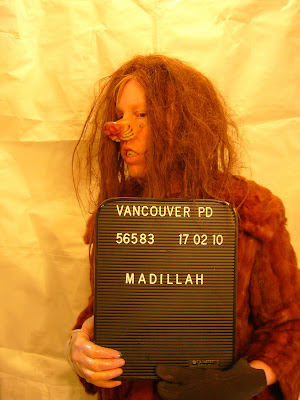 Madillah loped through the Olympian streets of Vancouver last night, making it as far as Robson Square before he was taken down by a swat team of 5 callow thugs from the VPD. The interrogation began with accusations of being a threat to the stability of the ‘Family’ and ended in a one-sided discussion about performance art. Ultimately, Madillah’s gentle nature and noble intentions prevailed and he was allowed to scamper off into the night, bloodied but unbowed and determined to lope another day. Be on the lookout!