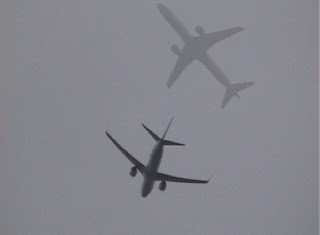 The Wild Goose is up and running as part of CologneOFF V, an on-line film festival initiated in Cologne. Please visit the festival and have a look, there’s a lot of excellent work. My piece was completed earlier this year and it seems to be striking a cord out there; It was also included in the Videoholica International Video Art Festival in Varna, Bulgaria this August.

Here’s the full length synopsis:
The Wild Goose is from a series of works called Hunt & Gather, which examine the real and imagined behaviours of human and animal populations as they both struggle to survive in an increasingly challenging and competitive global environment. Diminishing resources, disappearing eco systems, and the pandemic spread of disease between species is further straining the already fragile relationship between creatures sharing the planet. Despite the recent wave of “Eco –Awareness”, the covert battle for the last remaining scraps of habitat, food, and water is becoming increasingly violent and desperate. As our fate becomes more obviously entwined with the fate of other species, can we be sure that ‘we’ will be the ultimate survivors? The Wild Goose posits a reversal of the hierarchy which has placed humans at the top of the food chain. Humans will now reap what they have sown; peaceful co-existence can no longer be taken for granted. Sides must be taken, the lines have been drawn, and like it or not, the hunter has now become the hunted.