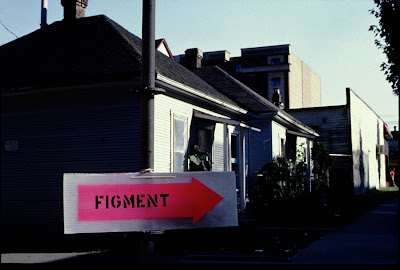 Fracture
Our story is about a woman who works night shifts in the city morgue, [Please Note: there will be two film companies in the area this evening, one is Da Vinci’s Inquest and one is ours] who helps people who have already passed away by using her unique ability to relive the past day and alter events enough to be able to save them.
INT. NONDESCRIPT BLDG – AFTERNOON
Our character walks through a dingy hallway. She follows another Xeroxed sign that reads “Curse”, with an ARROW pointing down the hall. She must learn to accept both parts of herself. Outside she appears to be fine but inside she is slipping away…
EXT. CITY STREET:
An ancient myth is played out at night [at the gravel parking lot under the Main street overpass from Water Street to the dead end of Alley North] white lace boys cut briefs pretty kitty ears clear spike platform shoes w/ motion flashers in heels [ This light will shine in the alley ]
Murdered, in order to keep her silent [ to accommodate “picture continuity” ] an accidental discovery she made reborn [ there are NO simulated gunshots, no forced calls] now she must investigate the circumstances behind her murder
Dead Like Me
· We will film scenes of a woman walking into the Columbia hotel
The Invisible
· We will also film scenes of a woman crossing Cordova St.
Whisper
· Special effects fog will be used to simulate steam

· A waiting car parked at the curb in order to film her running
The Protégé
· Our scenes involve an actress running down the fire escape
at 55 Powell St.
Bionic woman
· Our actress will also stop a bus at the curb in front of 55 Powell St.
Saved
· Additionally we will have a shot from the West side of 100 Gore which involves a camera filming an actress coming out of the Pre-trial centre at the corner of Gore Ave. and Powell St.

· We will film a scene of a car pulling up on the north side of 100 Alexander St
The Twilight Zone
· She hides in the alley to evade the camera
The Dead Zone
· Later at night we will film a scene under the Main Street overpass
Conspiracy
· An actress running down the fire escape jumping onto the sidewalk and running away
DIALOGUE:
“You could take a little more time with your face, you know.”
KID # 1
What is she talking about?

(nerves showing)
I…I have no idea.

· Another of our actresses at night at the gravel parking lot under the Main street overpass from Water St. to Alley North
Killing of a Stranger
· While our camera is rolling
They Wait
· Our character walks past a crowd of people
Blood Ties
Breeders
Sisters
White Chicks
[New Middle Aged Women x 18] 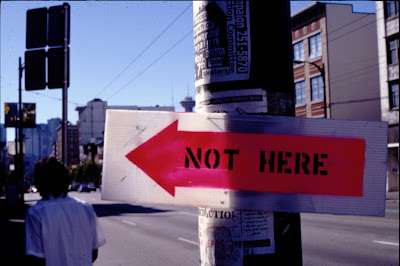